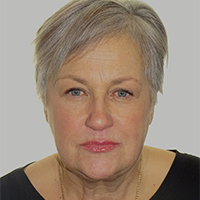 Angela Jackson
Relocation Director
There are a range of motives for moving a company’s headquarters (HQ). Careful consideration is given to whether the benefits outweigh the risk.

Unsurprisingly, increasing profits is a key driver for HQ relocations, but what else and for what price? In this blog post we delve into common push and pull factors spurring decisions to relocate HQs and how certain events, such as Brexit, have had a particular impact. Our next blog post, the second in this series, will advise on what companies should be doing to safeguard their global mobility in response to Brexit and what relocation management companies (RMCs) can do to help.

Shortly after the UK’s EU referendum in 2016, a KPMG survey of 1300 CEOs showed that 76% were looking to relocate their HQs. In another survey of 1200 company directors by the Institute of Directors (IoD) 29% of respondents felt that, because of Brexit, they may have no option but to move operations out of the UK. Although perceptions may have changed, this shows how world events can be a catalyst for shifting mentalities and inciting HQ relocations. Below we look at elements involved and the part they play in a decision to relocate.

Tax breaks and incentives offer opportunities for businesses to increase their profitability. Moving to a country or city with more favourable tax rates, or even tax breaks, is a move taken by HQs where the cost of relocating is greatly outweighed by reducing tax paid. Tax breaks are offered by cities as an incentive to attract business into the area which, in turn, brings investment, talent and requirements for local services.

The uncertainty surrounding Brexit, in particular reference to how tax rates and policies will shape up, and the additional tax/cash flow costs and paperwork foreseen, have undoubtedly contributed to decisions to leave the UK. Japanese electronics manufacturer, Panasonic, has already moved its European HQ from the UK to the Netherlands, with tax, freedom of movement and goods, all Brexit-related concerns, influencing the move. Its rival, Sony, moved its HQ out of the UK to help it avoid customs issues tied to Britain’s exit from the EU.

Cities such as Dublin are appealing to companies with welcoming investment climate and tax breaks.

Coupling the shifting attitudes of younger generations and the culture of digitalisation, companies must appeal to this in order to stay current, forward-thinking and competitive in an increasingly digital world.

This has created a demand for software engineers and technicians to deal with the implementation of new initiatives, new products offered, the emergence into digital markets and handling data security, for example, which are all vital to the success of many businesses. This has motivated companies to move their HQs into areas of opportunity, close to graduate talent pools, innovation and important networks. Many Social Media giants and tech start-ups, for example, have moved their HQs to tech-dominated San Francisco.

In addition to moving into a talent-populated area, companies are responding to the fierce competition in which the talent pool is demanding a better quality of life. Expedia’s HQ movefrom Washington to a 40-acre site in Seattle, which boasts world-class facilities and an abundance of outdoor space with amenities such as an indoor gym and wellness centre, could be seen as an example of catering to the increased demand for a better working environment.

Moving from the suburbs to city centre is a stark contrast to the baby boomer era where HQs moved from urban areas to wide suburban office parks with free parking and close proximity to green suburban areas where workers wanted to live. Younger generations are now preferring to work and live in the city, close to trendy entertainment, social and networking opportunities, great transport links and being involved in the ‘hub’ of activity. A multinational drinks manufacturer, for example, moved its HQ in the suburbs to a central city location. This was reportedly to be closer to the graduate talent pool, transport and technology, to appeal to diverse and tech-savvy talent. McDonald’s also relocated their suburban HQ of 47 years to a central city location to be “closer to the trends that are shaping the future of society” with famous restaurants, nightlife and modern work spaces.

In relation to Brexit, uncertainties over the freedom of movement (of talented workers in and around the EU) are key considerations for companies with HQs in the UK. Complexities surrounding social security are important to companies who are keen to ensure they are offering the right access to benefits and continuity for their employees.

New locations can offer opportunities that do not currently exist for the business. A good case for relocation is made when the opportunity for revenue growth outweighs the cost and risk of uprooting. Start-ups favour this option, as they are able to move to a location previously unattainable, with better facilities, access to new markets etc.

Push factors are where the current location’s economy is declining, or is becoming unfavourable to the company’s industry. Operating costs, e.g., the cost of doing business or owning/leasing a certain area, vary between regions and can greatly impact the company’s revenue.

In some industries, finance for example, the decision of some companies to move their HQs is to enable them to offer uninterrupted services after Brexit. Across finance as a whole,Dublin seems to be the most popular destination as a post-Brexit location, followed by Frankfurt, Luxembourg and Paris.

Companies that are keen to relocate because of Brexit will look at where they have existing operations and which location has an existing infrastructure that benefits their industries. Access to EU markets and the freedom of goods, trade and people are all important elements in a company’s opportunity to thrive. Amsterdam offers location, competitiveness and an excellent quality of life. Berlin is attracting UK entrepreneurs with low set-up costs, quality higher education institutes and infrastructure, and a young diverse talent pool, and is perceived by many as the new start-up capital of Europe. Paris is easing regulation to attract international banks.

There are, however, reasons to stay which may outweigh the opportunities associated with moving, such as:

• Location plays an important part in a brand’s identity, personality and the perception held by its customers and investors
• Location is home of/important to stakeholders, owner(s)
• Brand image – for example moving a HQ to receive tax breaks – can be seen as tax avoidance and may be harmful for the brand’s image
• The company provides a solution unique to/dependent on that country

Mergers and acquisitions can demand the moving of HQs as companies look to achieve economies of scale. In such transitions, surplus offices, in particular HQ(s) may be relocated. Two examples are Burger King, moving its HQ to Canada, and Budweiser to Belgium. In addition, companies look at strategies to reduce their tax burdens to increase profitability. One example is corporate inversion, in which (mainly US) companies reincorporate abroad after being acquired by a foreign company which benefits from less stringent corporate governance and lower tax rates. Although a legal strategy, corporate inversion can run the risk of instilling bad feeling amongst customers, who may conclude that the company is attempting tax evasion.

Throughout this blog we have touched on top reasons companies choose to relocate their HQs: tax, talent, new opportunities and merger/acquisitions. Whatever the specifics, core motives include making a business more profitable, safeguarding its ability to survive, continuing business activities and securing longevity and competitiveness. Brexit is an example of a world event which has brought uncertainty to many of these reasons, with trade, movement of people, tax and many other factors perceived as risks that are too significant for companies to chance, threatening their ability to continue business as usual.

World events, in combination or new occurrences, can therefore bring many of these factors under question. In our next blog post in this series, we’ll talk about what companies should be doing right now to prepare their global mobility teams and what to expect from their relocation management consultants in light of the possible impact of Brexit on HQ relocations. We will also touch on the effect on the preceding and succeeding host countries when companies relocate their HQs.

• Moving Your Company Headquarters: How to Prepare for Brexit and Safeguard Your Mobility Programme
• The effect of group relocation on preceding and succeeding host countries