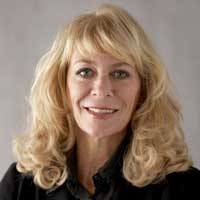 Meg Pais joined SIRVA in 2006 as Vice President of Human Resources for Relocation and took on the role of the Global HR Leader in 2009. When joining SIRVA in 2006, Pais led the Relocation Human Resources function, focusing on operational excellence and human resources best practices. Her responsibilities included change management initiatives, HR strategic planning including restructuring, attraction and retention of key talent, compensation and benefits, talent management and employee relations.

In 2009, Pais was promoted to Head of Human Resources, to include Domestic USA, Asia Pacific, the Middle East, Europe and Australia/New Zealand. Responsibilities include change management initiatives, HR strategic planning including restructuring, attraction and retention of key talent, compensation and benefits committee responsibilities, talent management and employee relations. Pais is also responsible for the Corporate Services functions to include buildings and leases, receptionists, records retention and facilities planning. Prior to joining SIRVA, Pais spent two years with Dell Corporation and eight years with Telxon Corporation, a wireless technology corporation. Her roles within Dell and Telxon included Manager Compensation and Benefits, Director of Human Resources and Vice President of Human Resources. Pais received her Bachelor of Arts from Baldwin Wallace College in Cleveland, Ohio and a Master of Science in Organisational Development and Analysis from Case Western Reserve University in Cleveland, Ohio.