SIRVA BGRS, formerly SIRVA prior to a summer 2022 merger, and northAmerican van lines are proud to have been recognized by Move For Hunger with the Hunger Fighting Champion Award for the second quarter of 2022, given to organizations who go above and beyond in the fight against hunger.

In anticipation of Veteran’s Day 2021, the SIRVA BGRS Diversity, Equity and Inclusion Committee explored ways to best honor our veterans. Suzie Chapman, VP of Global Account Management became aware of the severity of the hunger and homelessness in the veteran population across the United States. Veterans are one group in the U.S. disproportionately experiencing food insecurity, with U.S. veterans being 7.4% more likely to suffer from food insecurity compared to non-veterans, and 27% of veterans of the wars in Afghanistan and Iraq struggling to provide food for their families. Inspired to take action, Suzie and TJ Henderson, Supply Chain Manager at SIRVA and 11-year veteran of the Navy, brainstormed how they could help. 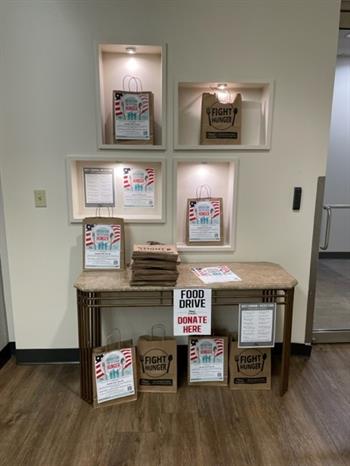 SIRVA BGRS and Move for Hunger also collaborated with three moving companies in four cities across the country to donate nearly 19,000 meals to  veterans in need. 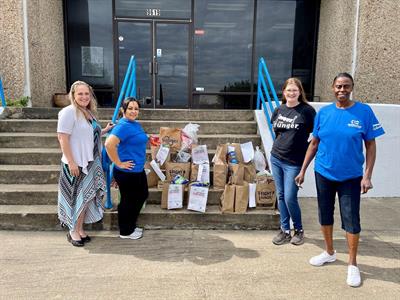 From April 18 - May, northAmerican Van Lines and Move For Hunger partnered to host the second annual Great North American Food Drive, collecting 17,000 pounds of donations and providing over 14,000 meals to food insecure communities across the United States. Over the past eleven years, northAmerican Van Lines and its agents have helped transport over 650,000 pounds of food, equaling more than 545,000 meals, to food banks and pantries in the United States and Canada.

Overall, in 2021, SIRVA BGRS, Allied Van Lines, and northAmerican Van Lines combined to donate 190,746 meals to those in need, and since partnering with Move For Hunger, SIRVA BGRS companies have donated nearly five million meals across the U.S. and Canada.